Skip to main content
Crystal Castles played with the The Naked and Famous at House of Blues for a Lollapalooza “after party” (even though it was the night before Lolla). A moody and high-energy show, the set was visually beautiful and entertaining, even if it was difficult to shoot. 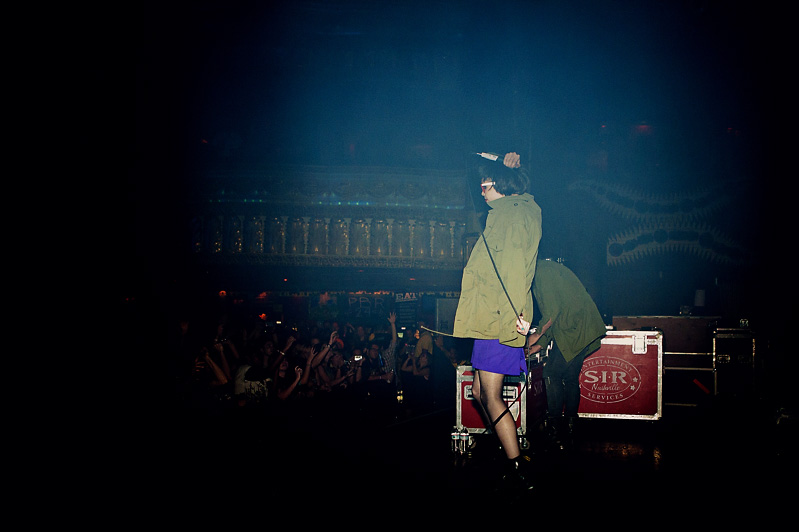 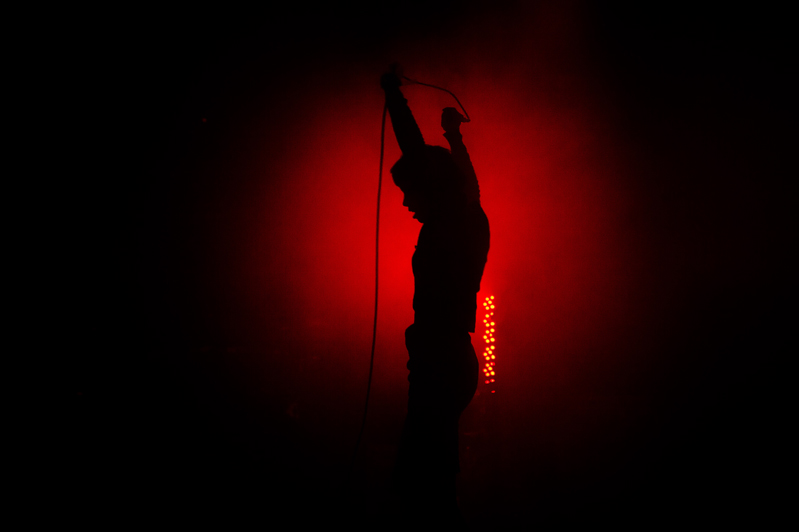 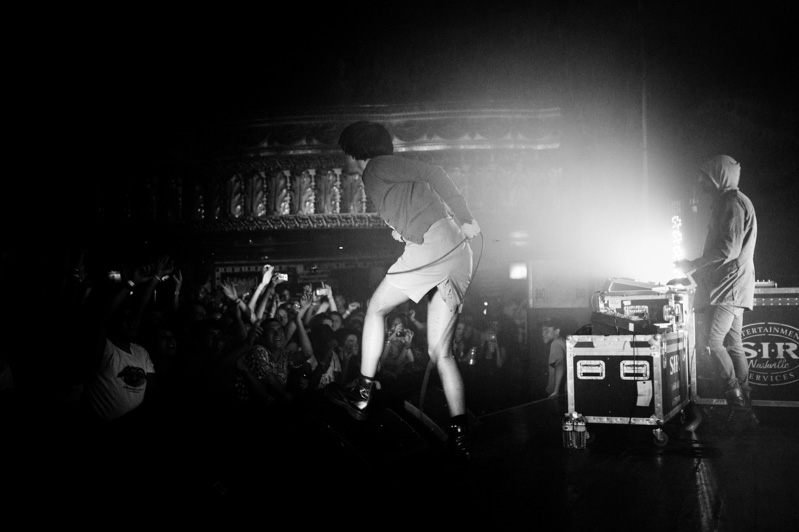 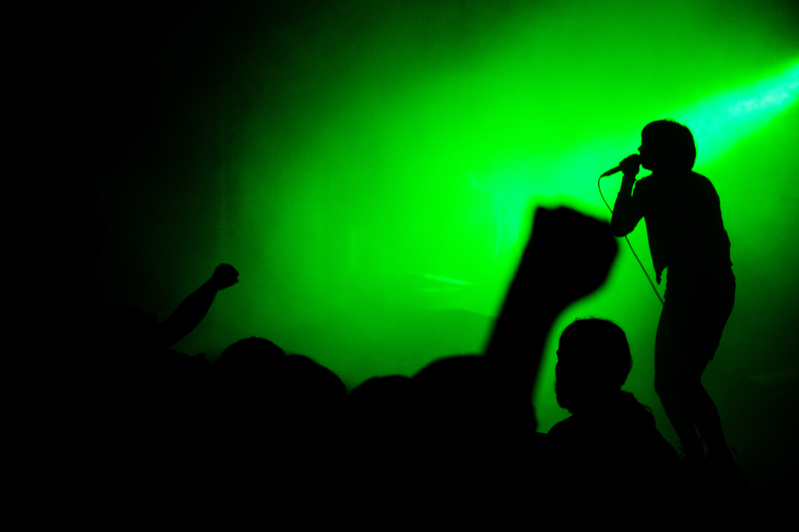 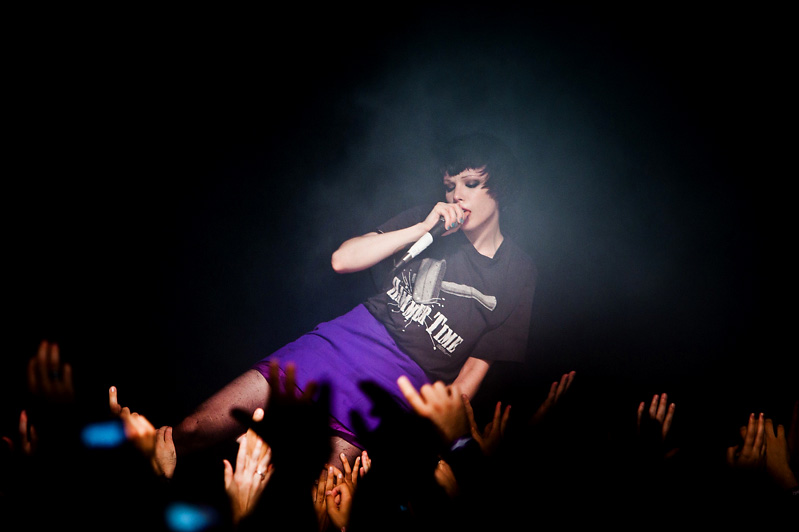 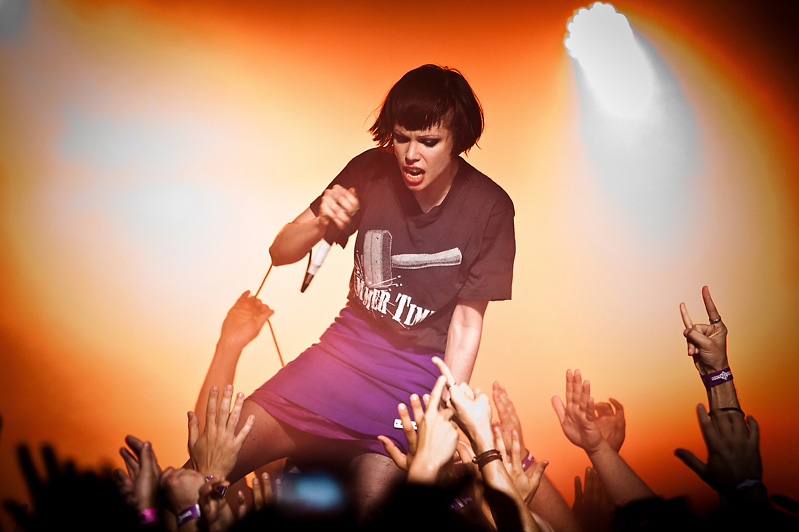 I always seem to have the hardest shoots when I have media/corporate clients, which is of course, when there is more pressure than just a band gig. This shoot was no exception – shot for Buzzmedia/Purevolume, the pressure was on – and Crystal Castles’ set was all strobes which, of course, requires perfect timing. I will admit that for a good part of the set, I just shot on burst and prayed, partially because I couldn’t even tell where to aim until the light burst had passed and it was too late.

Last minute pit access pulled, we had three songs from the stage on stage right, and then we were free to shoot from the crowd. Generally quite strict, HOB staff was actually very nice and accomodating for this show, which was a lifesaver. As you can tell from the photos, shooting from the stage yielded very few keepers, both because of the vantage point, and because of the lighting set-up. Shooting from the back, by the soundboard, seemed to be the ideal spot.

Also worth noting is the use of flash for some of the stage shots. I can count on one hand the times I’ve used on-camera flash in concert, but desperate times… Funny thing was that it was so foggy that for most of the shots, the flash hurt more than helped, as it merely bounced off the fog and created a beautiful, foggy, unclear mess.