Skip to main content
There are just some bands that are FUN. They’re bands that have an amazing stage show, are quite unique, have lots of charisma, and are always a blast to shoot. They’re bands that whenever they are in town, if I am able to, I get a photopass, regardless of how many other times I’ve photographed them.

And, of course, Steel Panther.

This was a sold-out show, so obviously, I’m not the only one that thinks Steel Panther is worth hanging out with for an evening. 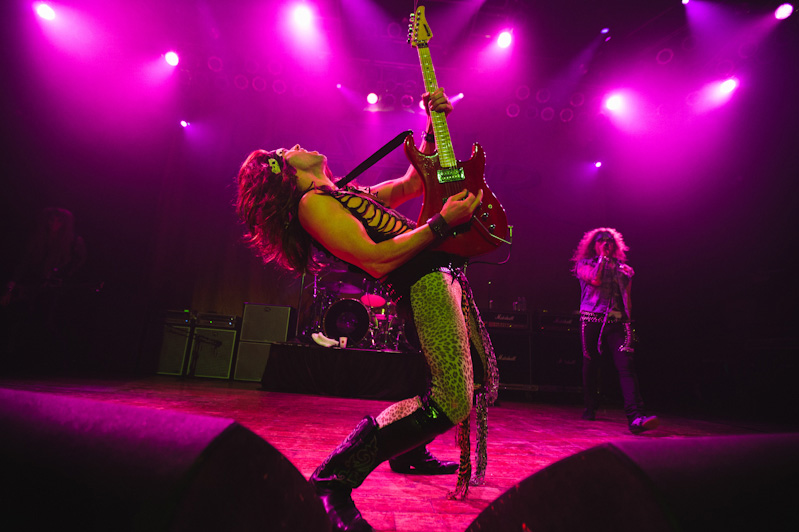 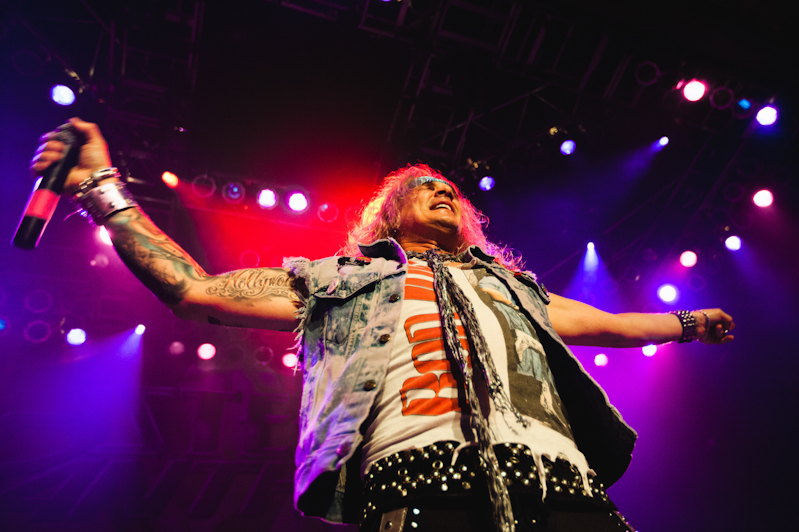 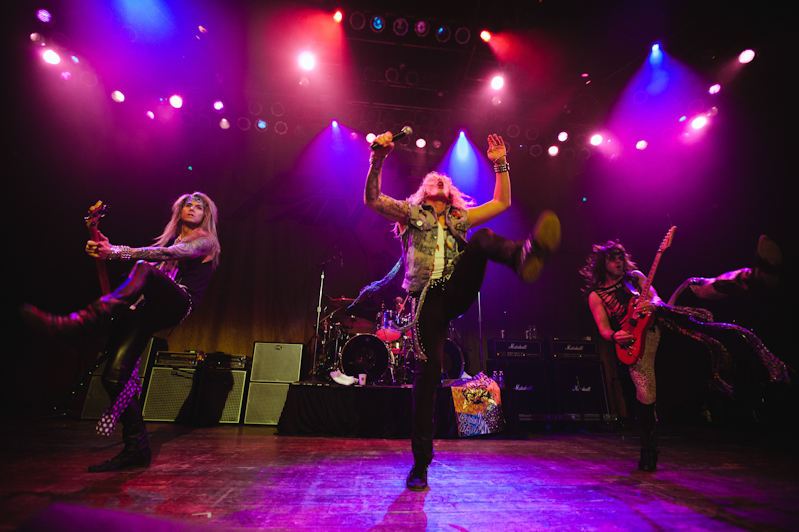 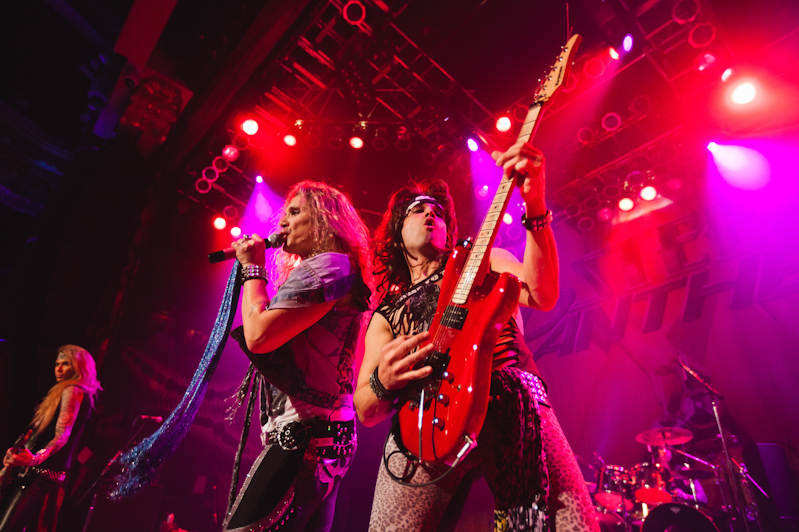 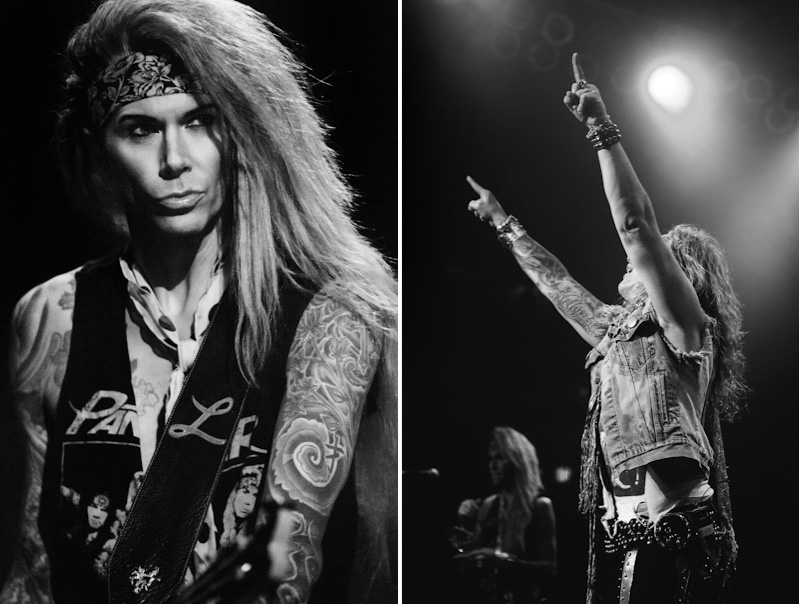 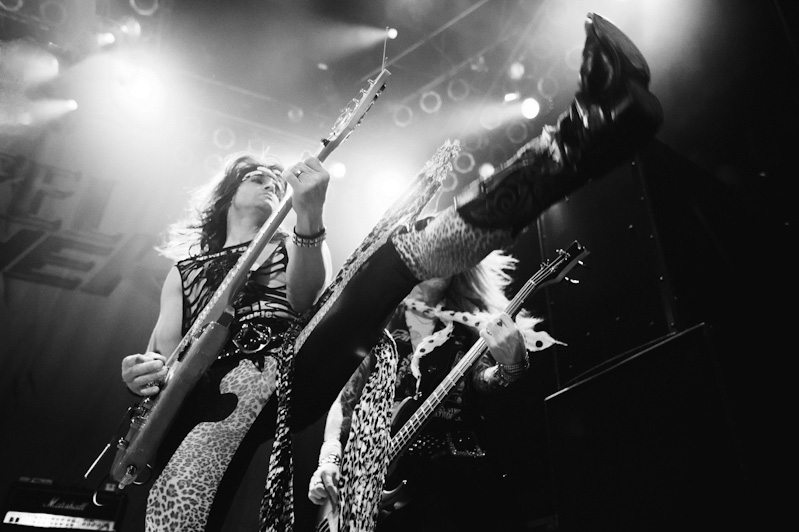 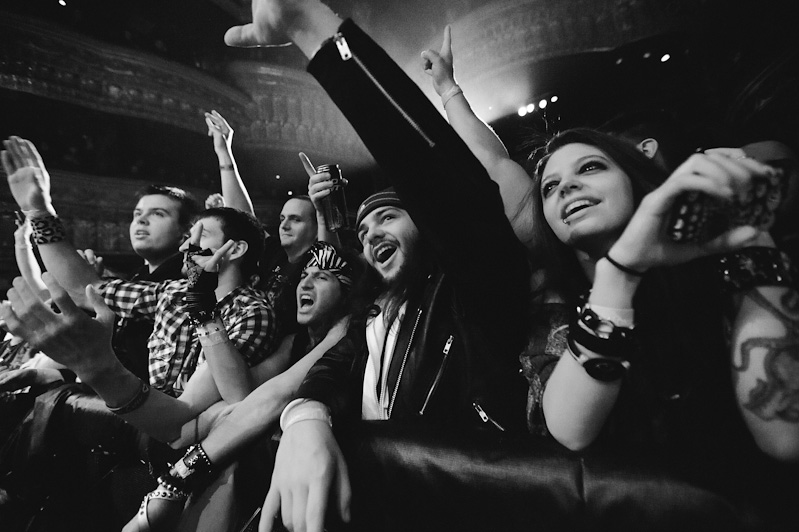 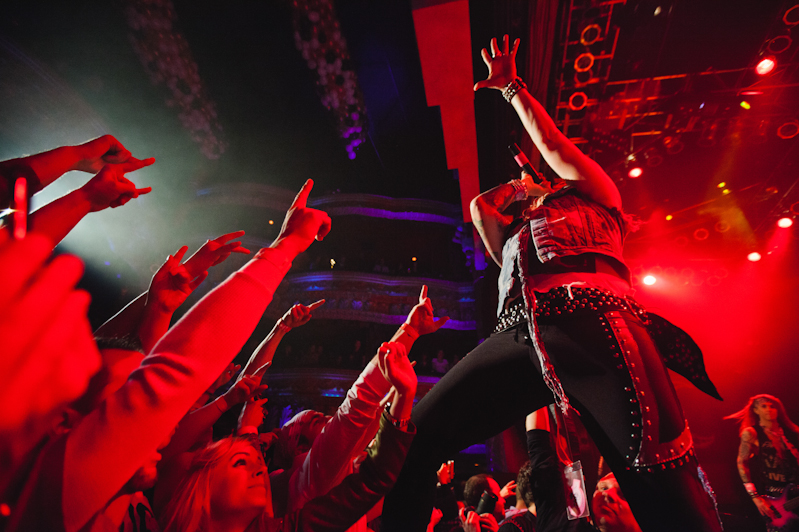 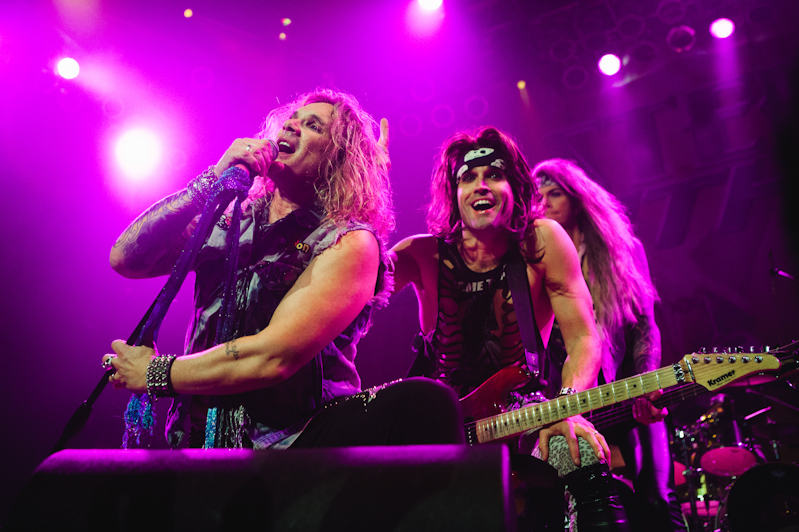 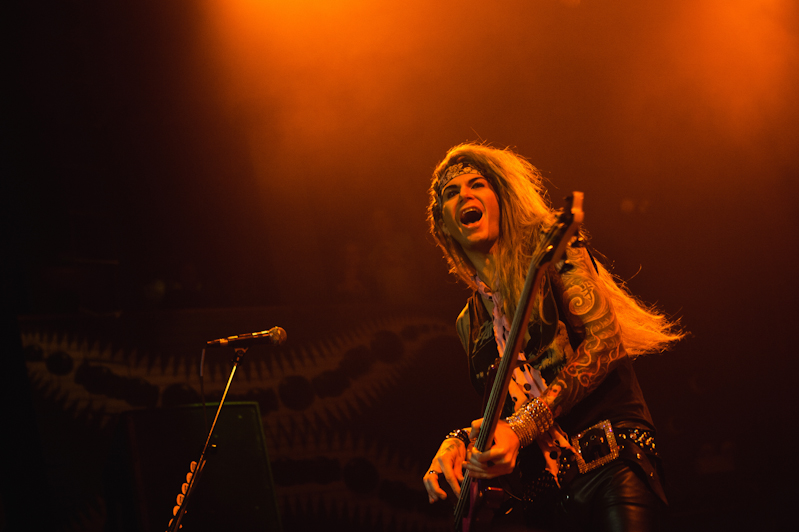 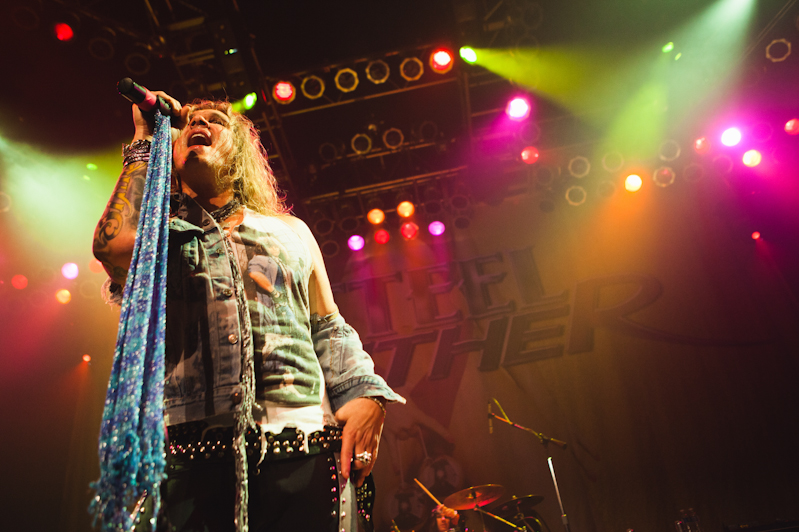 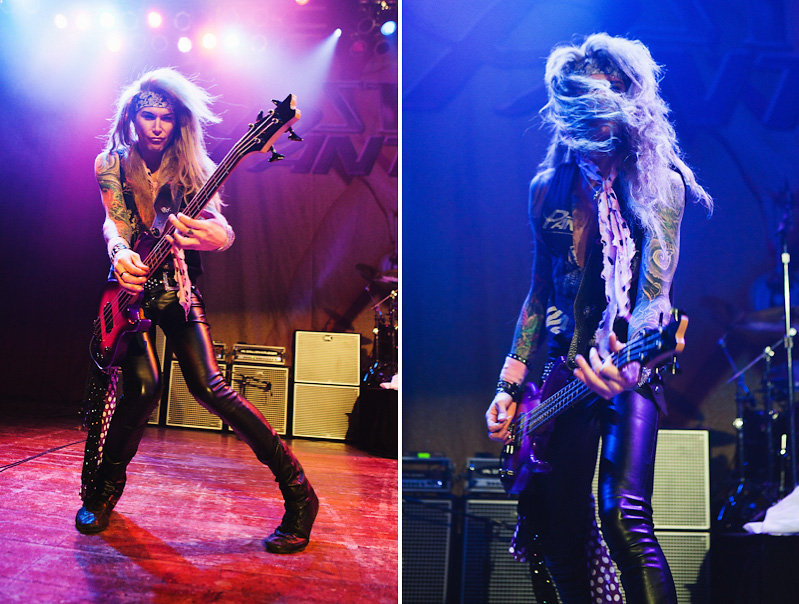 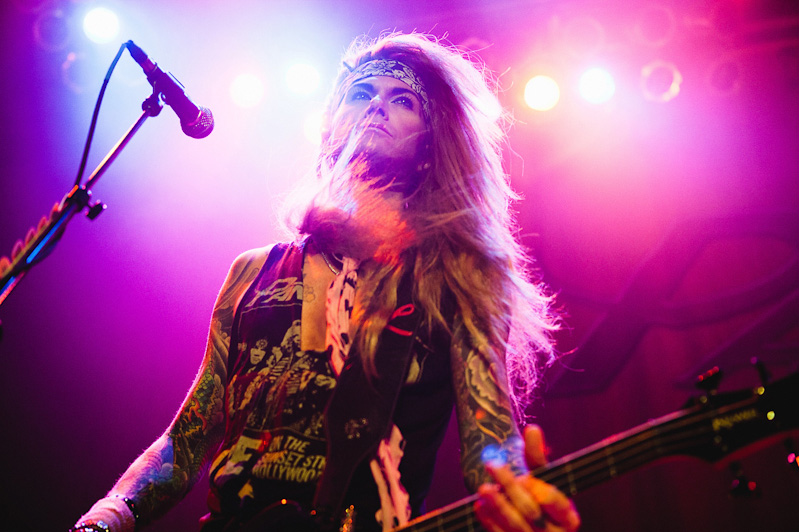 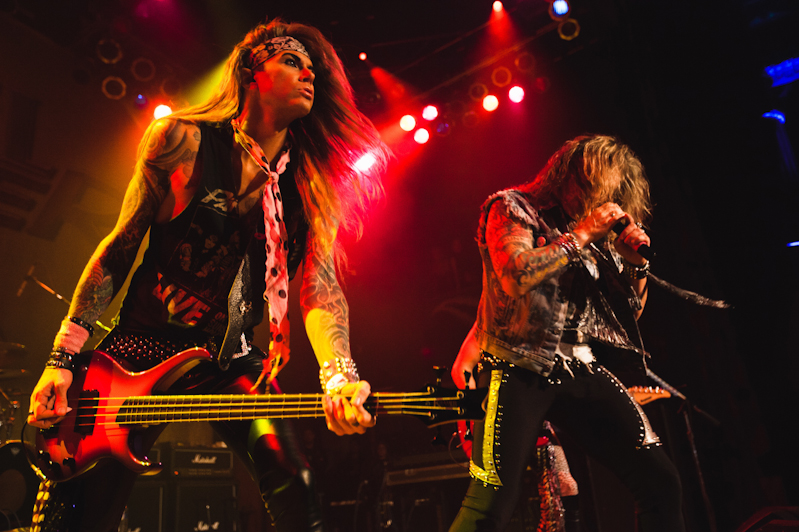 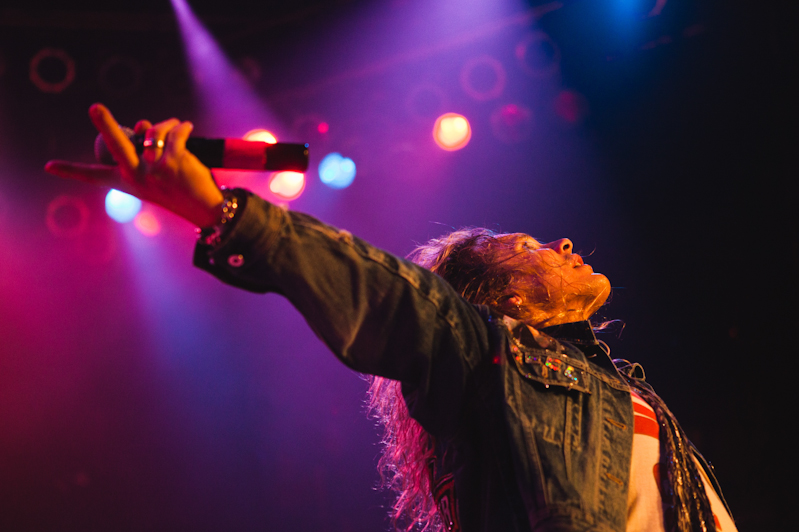 Last time I saw Steel Panther, it was at Double Door, which is a pretty intimate venue, especially when compared to House of Blues. So, I was excited to see what they could do when they had room to move, and a large crowd to feed off of. With great stage banter, lots of climbing into the crowd, and some high kicks, they didn’t disappoint.

I think the hardest part of shooting Steel Panther is knowing where to look. There is always something interesting going on onstage. Most times there are several interesting things going on at the same time. This obviously makes for exciting photos, but I often feel like I wish there were two of me to shoot so that I could get pictures of everything I wanted to.

This was shot on the 5D Mark II, primarily with the 16-35mm f/2.8 and the 24-70mm f/2.8. The 70-200mm f/2.8 IS came out for about half a song, but since these guys hug the edge of the stage, I found that wide lenses yielded the dramatic shots I was going for. The one disappointment I had was that I couldn’t get any clear shots of drummer Stix because of his positioning, even with the 70-200.